I made a summer trip to Scotland last year with a group of people. We made about 9 bike trips across Scotland. Here you can see a map of all our trips. You can see all my photos in my Flickr album.

The first trip was from Tinwald through Ae Forrest to Beattock. This locality is known for a lot of winter power plants, which have been built there recently. 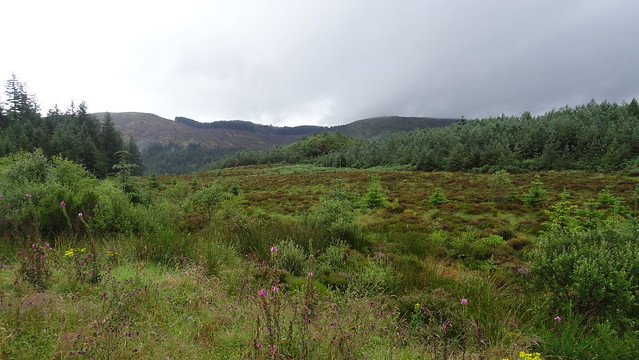 Scotland has a lot of very stylish stone churches. This one is in Kilmarnock. 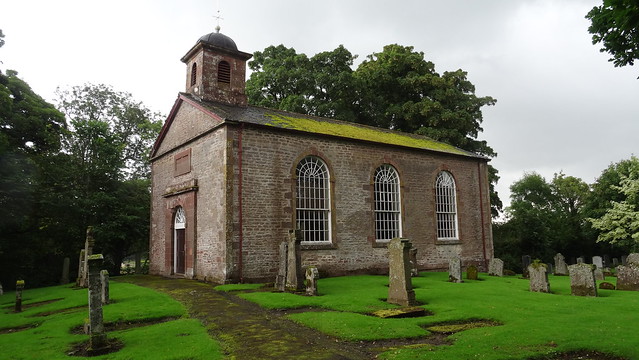 And plenty of beautiful large lakes, like Loch Tay.

This is Loch Katrine, well known as a birthplace of Rob Roy MacGregor, Scottish folk hero and main character of one of the Walter Scott’s book. 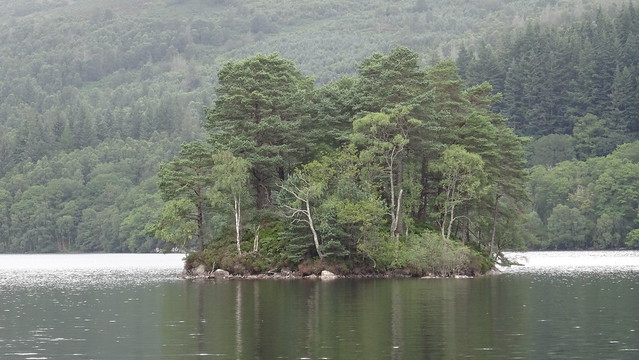 Rob Roy was buried at this cemetery, Balquhidder Church Cemetery. 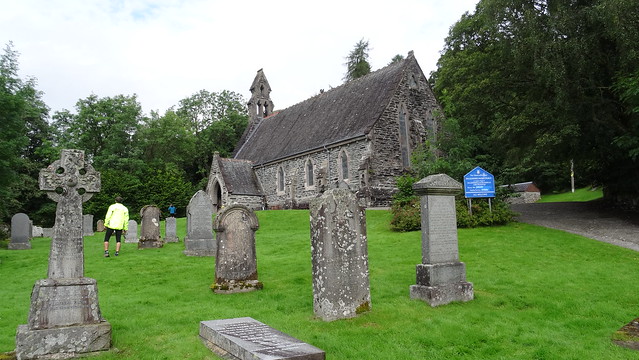 And this is Rob Roy’s very grave. “MacGregor Despite Them” 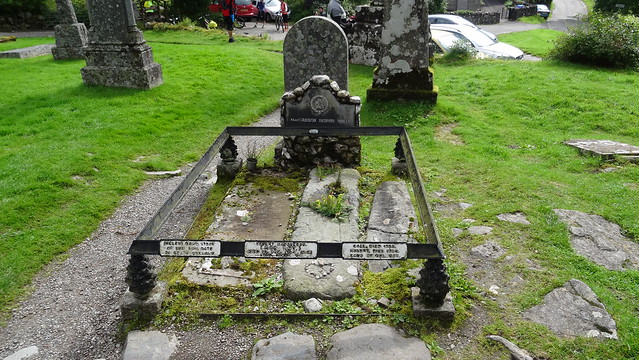 A stone bridge over River Tay in a town Dunkeld. 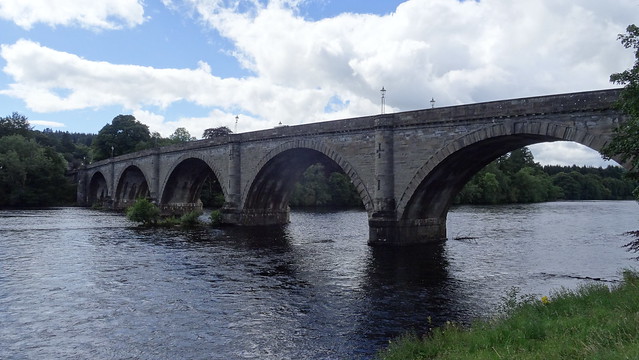 These very old trees are famous thanks to another British artist – William Shakespeare. Birnam forest was mentioned in Macbeth. 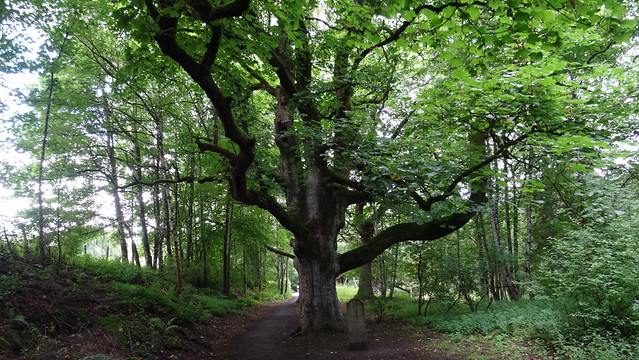 I would call this a typical Scottish scenery, the photo was taken during the trip from Dunkeld to Grandtully.

Loch Eil, which is actually a bay. 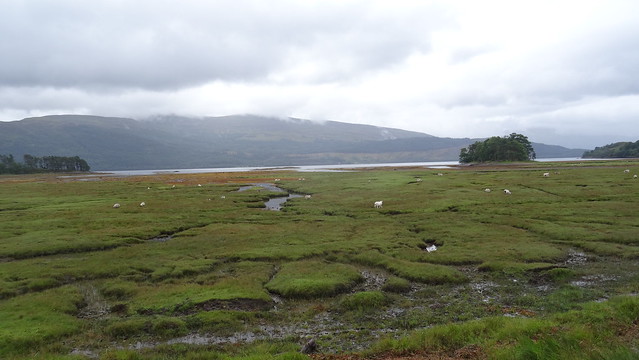 Castle Tioram, a very impressive fortress on a sea coast. It is placed on a tidal island in Loch Moidart. 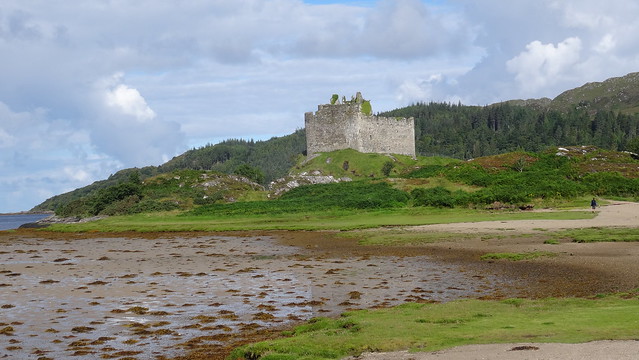 Loch Moidart by itself is breathtaking. By the way, so far we had had very rainy weather and this was the first sunny day of our trip. 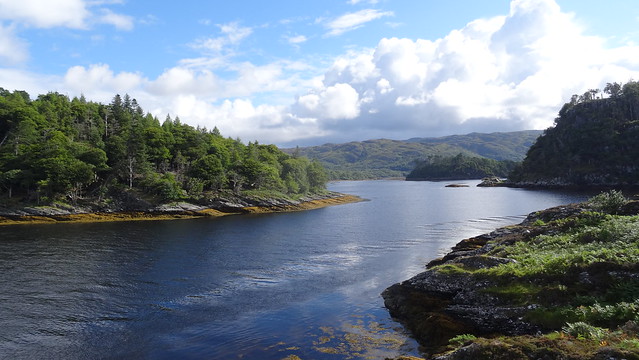 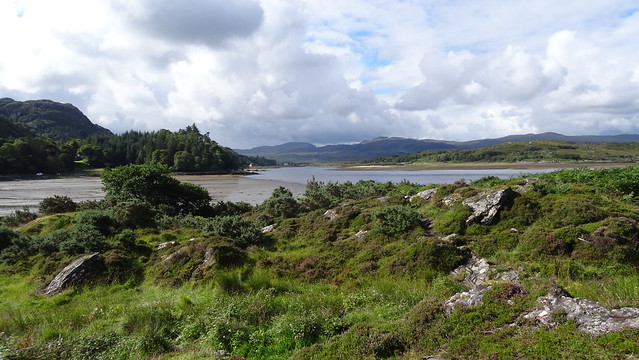 But thanks to the weather, everything is so green.

Glenfinnan Viaduct appeared in Harry Potter movies and it has become a tourist attraction, especially for young people. You can even see a steam locomotive riding over the viaduct few times a day. 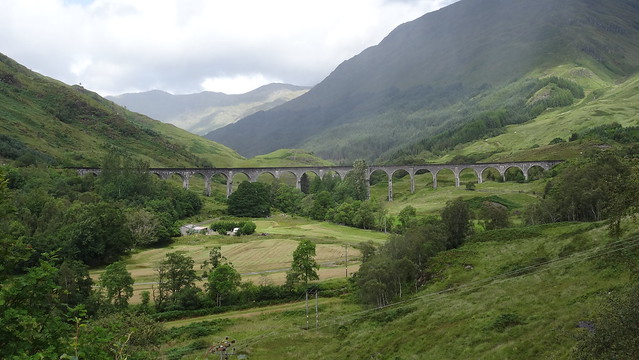 This is a view on Fort Williams. 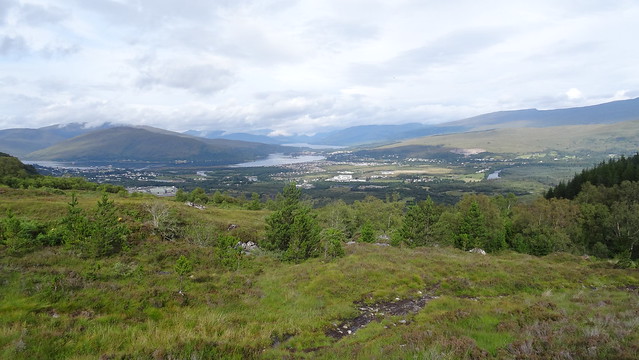 We left our bikes in camp for one day and went to Ben Nevis, the highest mountain of United Kingdom. Unfortunately, the summit of the mountain was covered in fog, which is allegedly quite common. This may be the reason why Ben Nevis in translation means “malicious mountain”. 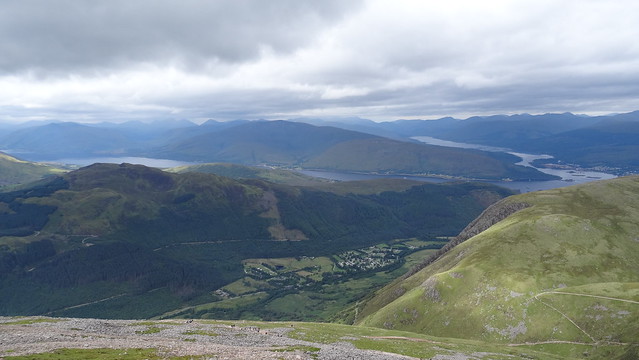 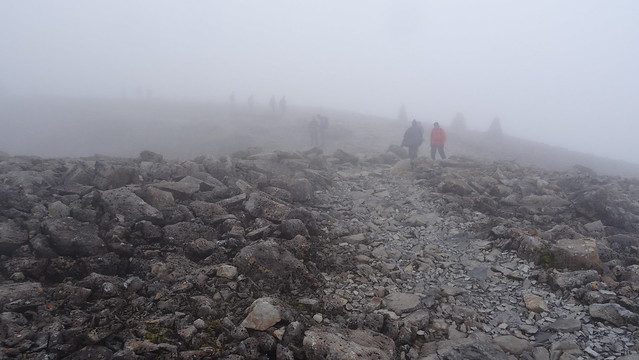 And few more photos of a typical Scottish landscape. 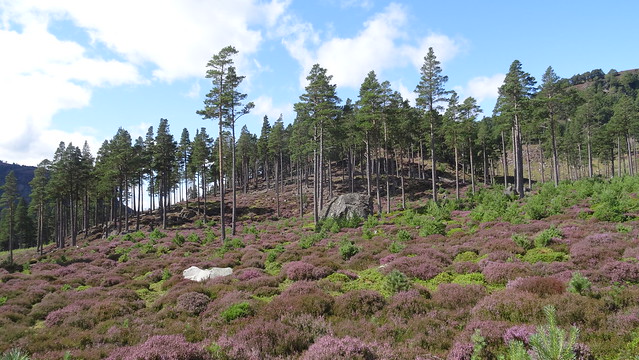 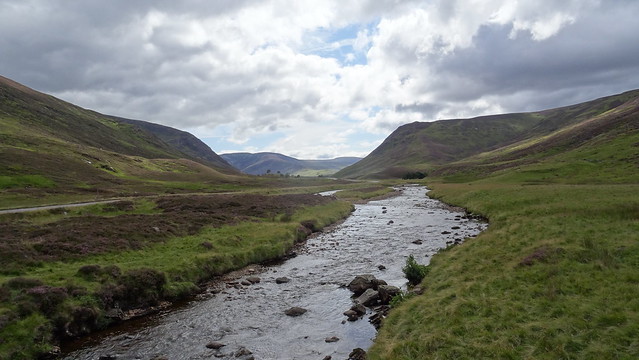 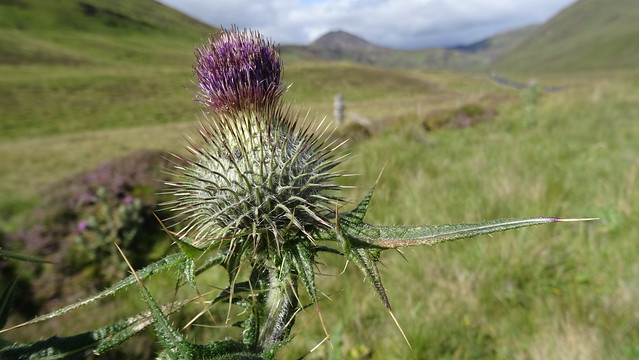