Trip to the USA – part I

I made a trip to the USA from 6th to 15th November 2017. Here you can see some photos from my trip with short comments. Because I have made a lot of photos and I would like to share a lot of them with you, I split the article into two parts.You can find all my photos in my Flicker album.

This is my first view of Manhattan after exiting the subway on Wall Street station. 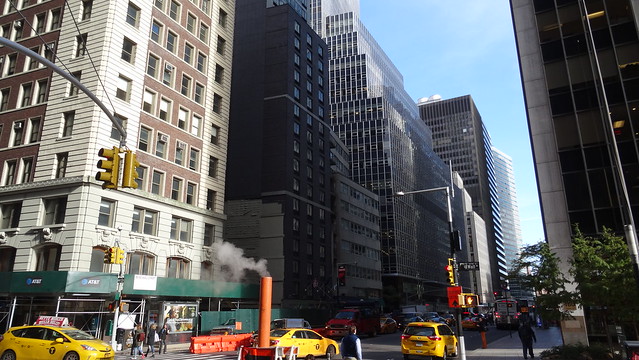 Federal Hall – one of the important buildings in American history. 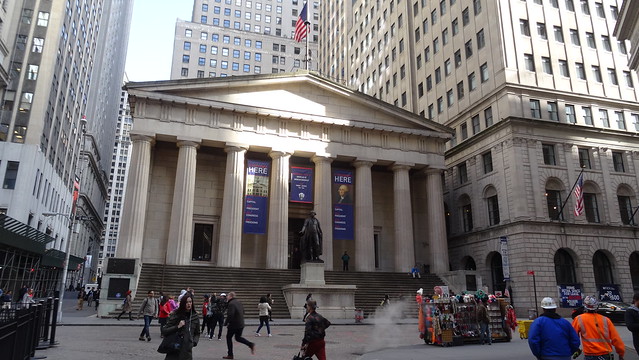 9/11 was also a key point of history for the whole world. You can find a lot of information about this event in 9/11 museum. Just keep in mind it is a sad exhibition about tragic the event. 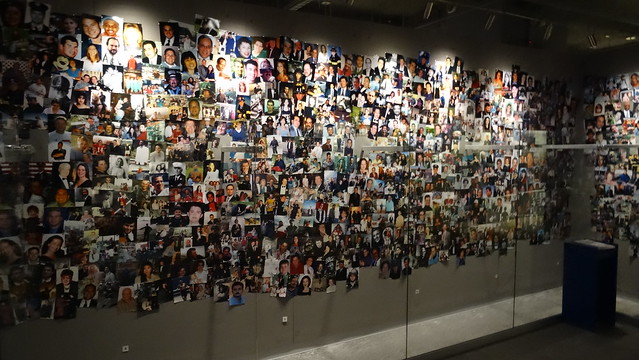 I knew about The Trump Building, but I didn’t know it is just next to Federal Hall. 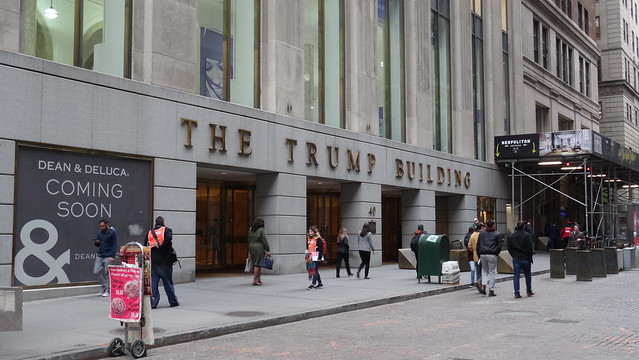 I am very interested in economics and I could not miss Museum of American Finance. The museum gives you a lot of information about how the trades on Wall Street we made in history and also how are they being done now. You can see two photos from the museum – a clock that shows enormous size of USA National Debt and a special exhibition of American dollar banknotes. 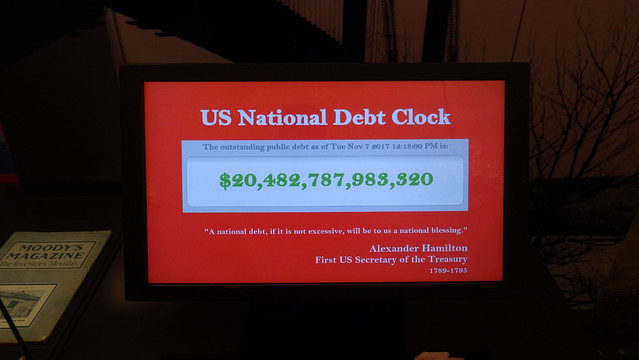 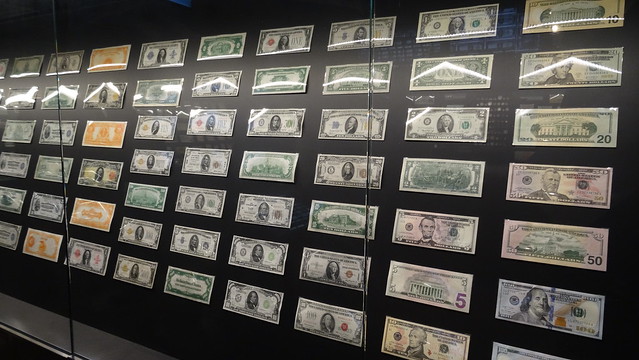 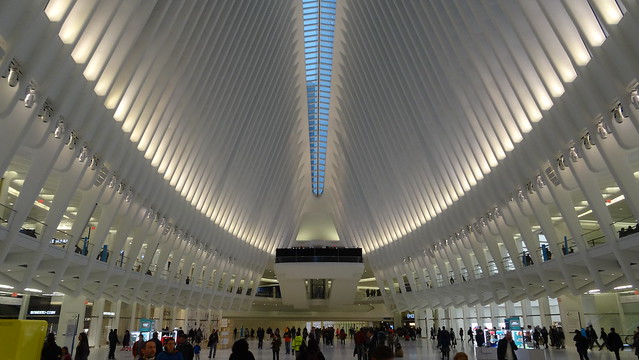 This is typical American school bus, very well known in the Czech Republic from American movies and TV series. 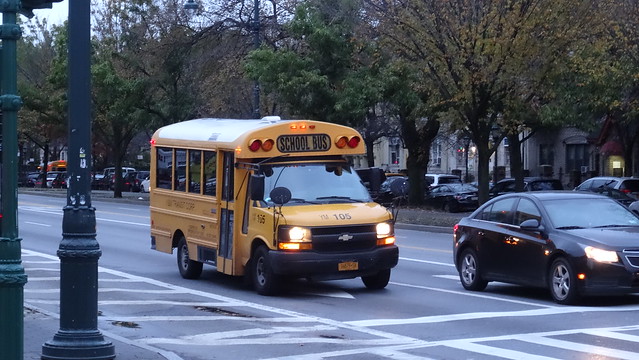 This is maybe the most popular New York attraction – Top of the Rock. It’s a place with beautiful view on whole Manhattan. Its higher terrace is located on the 69th floor. It was little windy and cold in November but it was far less crowded than it usually is in summer. I recommend you to buy a ticket which allows you to visit the place two times. Then you can see the city at night too. 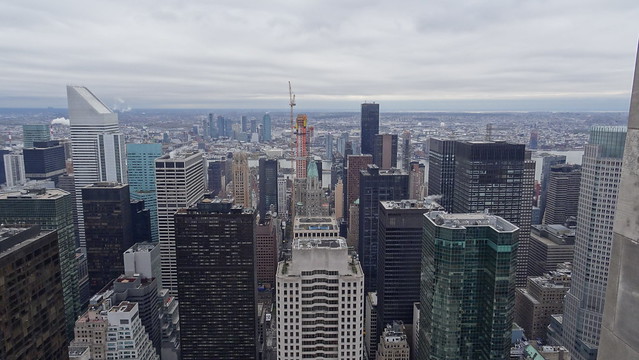 Hotel Plaza is known from the movie Home Alone 2. It is directly next to Central Park. 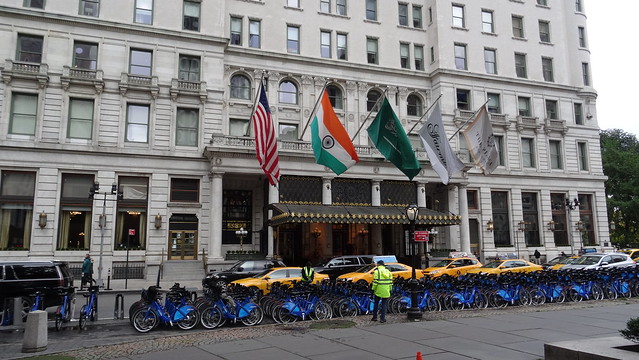 I was really surprised by Central Park – it’s so colourful and so beautiful! And also quite big – it took me almost two hours to go through the entire park. 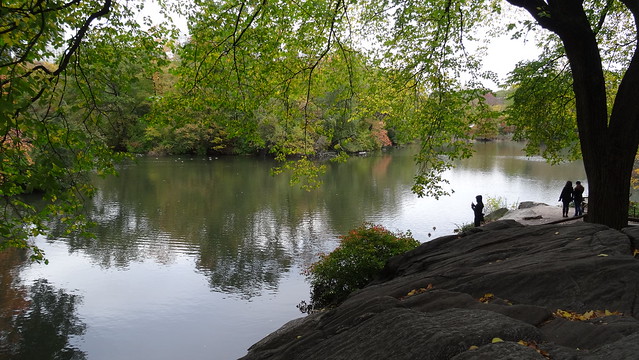 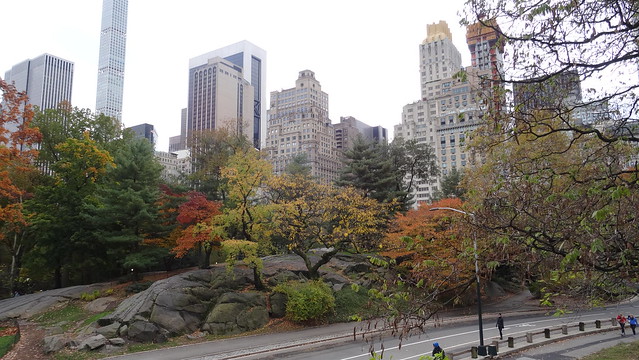 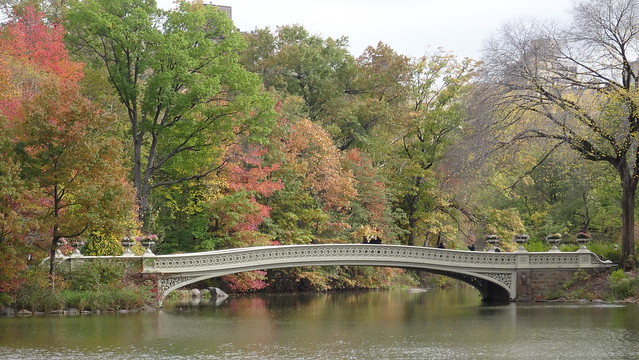 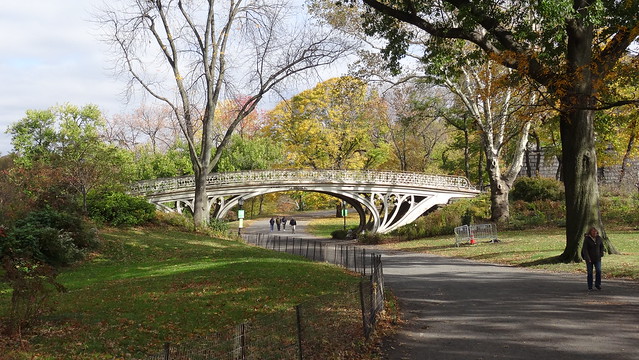 Almost every bench has a small label with a text. They are not only in English – this one is for example in French. This quote originates from this poem. 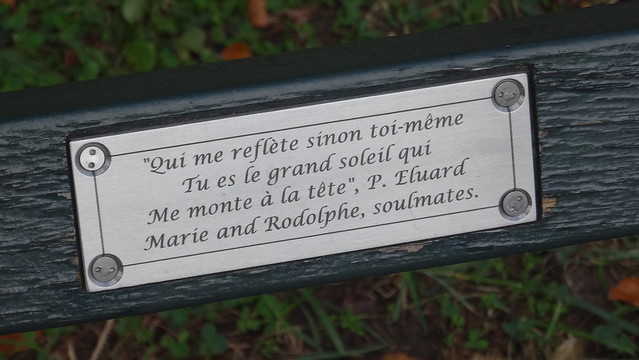 This lake is at the very end of the park and just near Harlem. 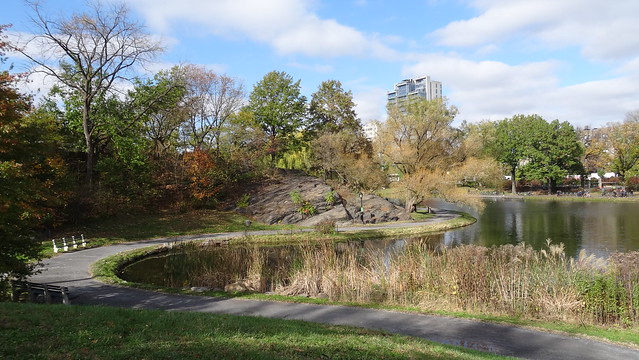 One of the most interesting points of my trip was Intrepid Museum. The museum consists of old a carrier Intrepid, a submarine Growler (both were active in The Second World War) and Space Shuttle Pavilion. This is definitely a must-see place for all people interested in war history. 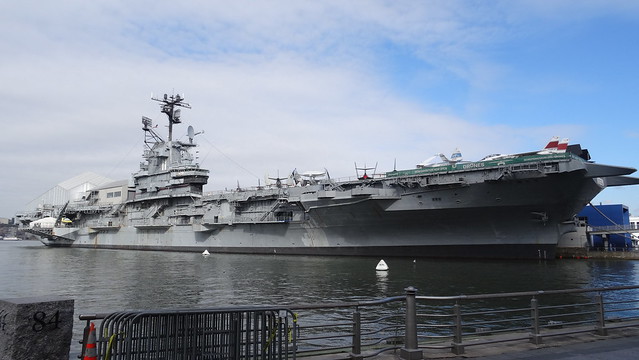 The Growler’s equipment looks very obsolete from today’s perspective, but this small ship was a deadly weapon during the war. The service on this ship was very difficult – sailors were living in cramped conditions for long months. 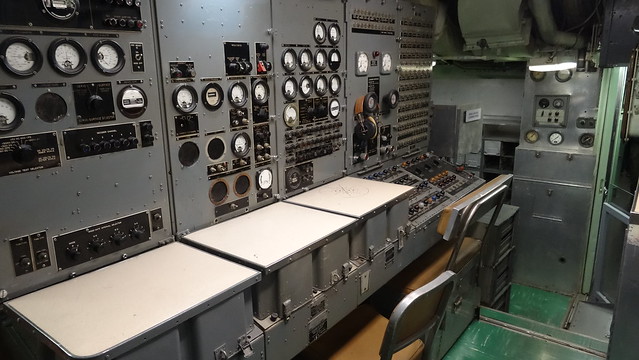 You can also see famous planes models on a deck of the career – not only American but also British or Soviet. 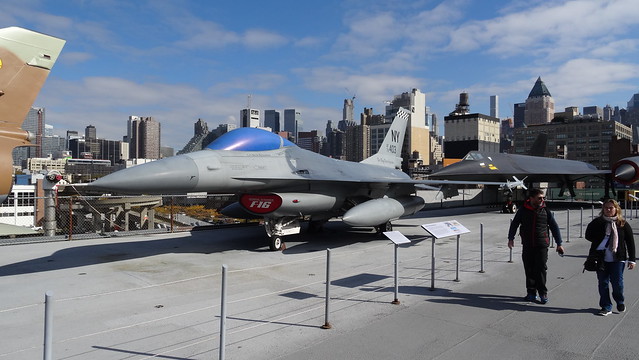 This is the first of six space shuttles built by NASA – Enterprise. It has never flown into space but it was used for testing and further development. Enterprise was named by the starship USS Enterprise from the television series Star Trek (with William Shatner starring Captain Kirk). Enterprise moved to the museum in 2011. Names of other space shuttles are Columbia (crashed in 2003), Challenger (crashed in 1986), Discovery, Atlantis, and Endeavour. 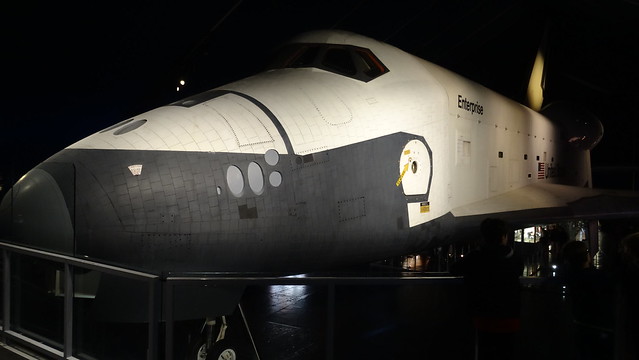 This is the admiral’s chair. It is an only place from which you can see both fore and aft. The ship had two bridges – one for a fleet admiral and one for a ship captain. 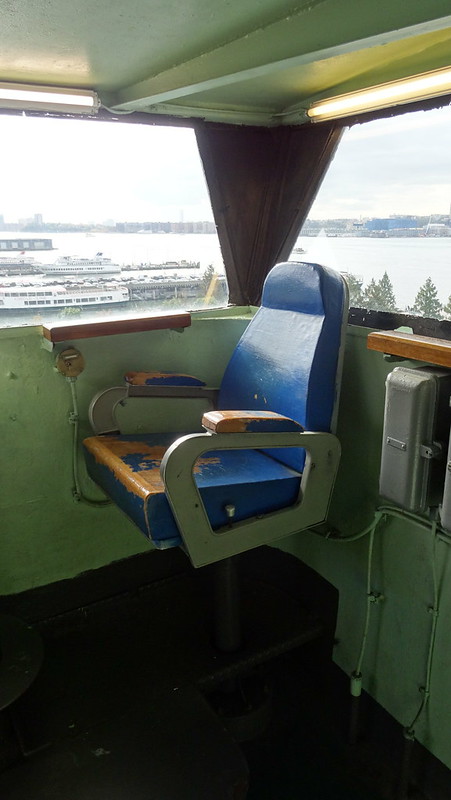 Do seats in a ready room for pilots on the photo below look comfortable to you? They really had to be because often the pilots were sitting there for hours and waiting for an order to fly. 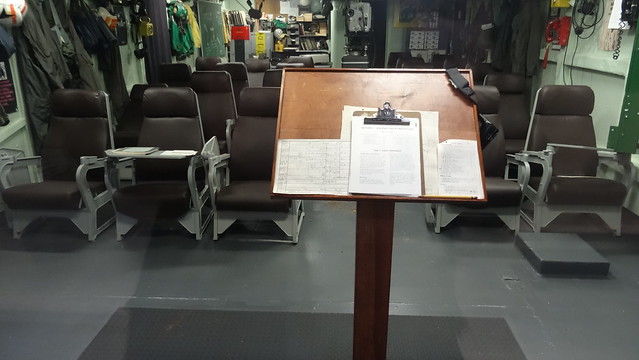 A hangar of Intrepid is quite big and it allowed to Intrepid to carry over 90 planes. She was a really impressive weapon. 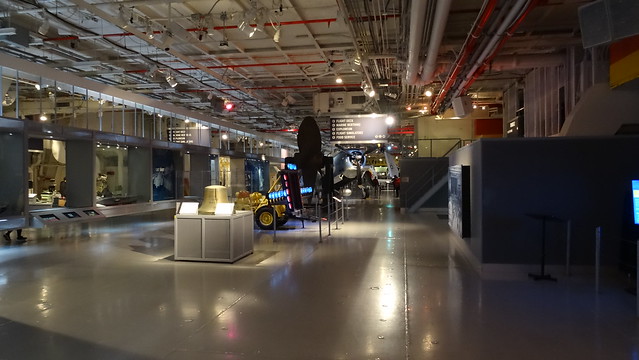 And this is the last part of the museum exhibition – Concorde, the famous British plane. 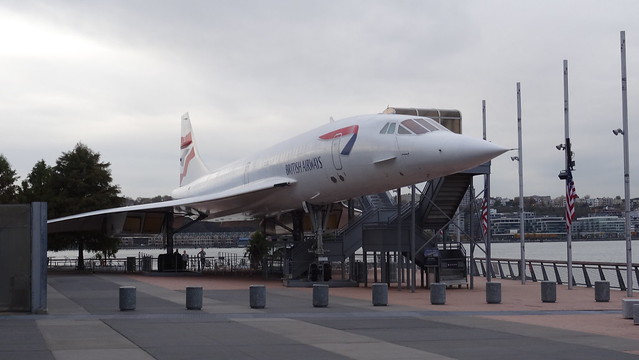 Like I wrote in the introduction, I will be back with more photos in another article.