In the last week, I attended European Planning Meeting. It is one of the most important events organized by student organization AEGEE. I became a member of this organization during my university studies and despite I have already finished both of my Master’s Degrees, I am still maintaining my membership.

European Planning Meeting took place to Zagreb (capital city of Croatia) this year. Maybe it will be a surprise for you, but I have never been in Croatia there. I saw this event as a chance to finally visit this country. I was also interested in its topic: “Europe under Siege: Populism and Anti-European Agitation.” I must add that my opinions on this topic may be quite different from mainstream opinions of both European youth or AEGEE member. But I was really looking forward to hearing arguments of people with different opinions. After all, listening to people that I fully agree with can be pretty boring.

I would like to offer you my personal report from this event. I will focus on aspects which differ EPM from other AEGEE events and projects (like Summer University project). I hope that everybody knows that there are amazing parties on every AEGEE event and that you can always meet plenty of wonderful people there. But let’s look at additional values of EPM. I want to highlit the most interesting facts and argument from speeches and discussions.

Please note that I am presenting opinions of other people here. I am doing my best to describe them with the highest possible precision, however, it does not mean that I agree with them. (If you are interested in my political orientation, I would define myself as a classical liberal with a great respect for Austrian School economists.)

The event started with a city tour in Zagreb. I will write another article about it and I will add photos from the city tour there too. (EDIT: The article is here.) 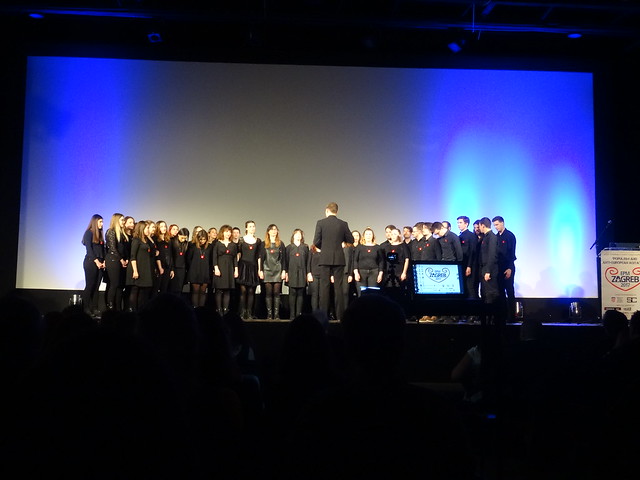 I would like to especially mention The Zagreb Majorettes. 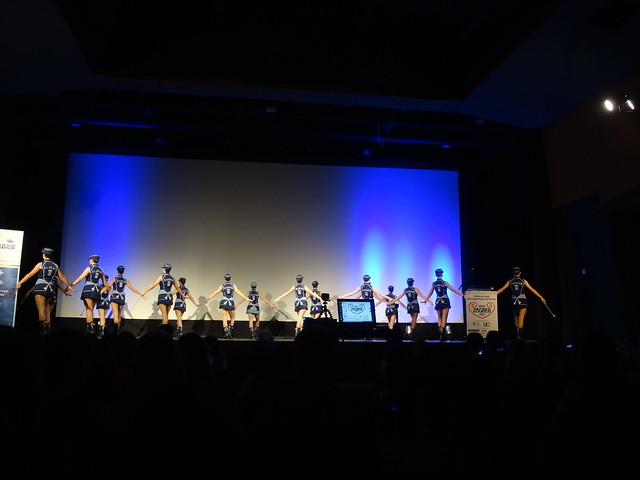 Then we had a dinner and a party in a classy Zagreb club.

Friday program began with Opening Plenary. It gave us a lot of information about goals of EPM and it was useful especially for people who attended the EPM for the first time (like me).

Opening Plenary was followed by Keynote Speech. The speaker of Keynote was Claudia Chwalisz. Keynote was an opening of the first part of EPM because it helped us to define the populism.

Claudia defined three key points which describe populist: The populists can be defined as politicians who use three main points for their campaigns. The first one is economic insecurity. This insecurity is mainly caused by globalization.

The second point is cultural changes, which caused also by globalization or in nowadays by migration crisis. People in regions with rapid growth of immigration in recent past supported Brexit more that people in regions with a long and stable rate of immigration. It means that people supporting Brexit are mainly not racist, but they are afraid of uncontrolled immigration. But the crisis did not create populism, it had existed before. It had only accelerated it.

The last point is political dissatisfaction of population. Only 21 % of the United Kingdom citizens feel that their opinions are followed by politicians. Liberal democracies failed in updating their institutions.

According to Claudia, populism is always threat. It has a psychological dimension, which is important because facts are not working anymore. Another problem is social networks, which use filtering algorithms and show people what they already believe. There is already a pressure on the social networks to change this. Also, a generation gap is being created. The populists are primarily focused on white working class men and they are also supported by you uneducated people. The problems have been formed for a long time so there is probably no short term solution.

The next point was Panel Discussion with Claudia and another four speakers. Some of the statements were repeated by speakers during the discussion, I write them only once.

The first of the speakers was sociologist and linguist Marie-Hélène Caillol. According to her, the main characteristics of populists are that they understand concerns of people and that they lie to them. She was also critical of the European Union institutions. The European Union failed in democratizing on the European level. Nation states politicians cannot change anything because of European law. The found out, that if they “press the button”, nothing happens. And the European institutions do not react to the crisis.

She points out, that Brexit referendum destroyed the system and it is good because the system was actually not working. We need to show, that there is a way to reorganize European institutions. We have an opportunity do something in next 6 months (like organizing big events with as many people as possible, trying to reach people through media etc.).

Marko said, that the Brexit referendum divided the society two parts and it put young against old. False pieces of information were being used in the camping. But how to fight this, when you want to maintain freedom of speech? According to Marko, the key is education. He pointed out that 30 % of voter did not vote. He agreed, that system does not work. On-line voting may help. He supported Marie’s idea to organize big events.

Ivan is an expert on security. He started his speech with a statement, that everything without security becomes nothing. Populists say that immigrants and Brussel destroyed jobs. An identity of Europe is the liberal democracy. We need a single market and more European integration to solve our problems. Ivan also supported NATO.

Students and other members of AEGEE is a part of privileged groups of citizens, but other groups feel excluded and lost in globalization. Political parties must be reformed, a political answer to populists is needed. He gave us Barcelona mayor as an example.

The Discussion was very interesting. Because it was quite long, I will write down only the most interesting statements.

Marie said, that people created a parallel system to exchange information because they are stopping to believe mainstream media.She also said that some populists actually want more integration, but we do not know their true agenda.

Marko talked about civic education. There is no civic education on primary school and courses on high schools are just about theoretical definition with no practical usage. But the education must be more efficient. According to him, AEGEE is a political organization, because every single topic which we discuss is political.

Ivan repeated that people should be given more power and Brussels institution should be reformed. Gordan encouraged the majority of Christians to get more involved in politics and to oppose the fundamental believers.

Then the participants we allowed to choose from five workshops. I chose Political Anticipation and the rise of populism in Europe. The workshop was moderated by Marie. The other workshops topics were Populism and the media: how do they relate?, What impact do we want to stand for, The integration process as a way to manage migration and Populism and Euroscepticism in Croatia in comparative perspective.

In the beginning, Marie introduced us think-tank Europe 2020. This think-tank uses a method called political anticipation. It is a formalized method which is used to predict changes in political development. For example, they anticipated the sub-prime crisis in 2008. Then we read an article “2009: when the grandsons of Hitler, Pétain, Mussolini, Franco will take control of the EU”. The article was written by Franck Bianchereri in 1998. Franck anticipated a crisis of euro-zone and rise of populists in Europe. Then we discussed the political anticipation method. Marie explained us more closely, how the method works. They try to be objective (not including their own opinions), evaluate past anticipations and learn from their mistakes. They use mostly qualitative informative.

Then we discussed how to fight with the populists. The outcome was to use AEGEE members and the Erasmus generation to change the course of European politics.

The last part of the Friday program was Debate Competition. The competition was directed by rules of British Parliament and government and opposition sides were discussing a government proposal “This house believes that national referendums should be forbidden in representative democracies”. There were four speakers for government and four for opposition, but actually, there were four teams because each part consisted of two teams. Each speaker had five minutes and speakers were allowed to react on other party arguments and to ask questions during the speeches.

Both groups presented very interesting arguments and their overall performance was amazing. The discussion reflected recent events, especially the Brexit, Italy, and Netherlands referendums. Speakers were not able to choose their side and actually, three of four government speakers would not support such a proposal. So this is one more reason to appreciate their performance.

The competition was won by the second opposition team.

Saturday started with a plenary meeting, which was followed by another workshop session.

I chose Into the mind of a populist workshop. The other topics were: Weakening Democracy – Awaking Populism, Case study: Populism in Referenda, How I can make you believe climate change is no biggie?, Developing a positive counter-narrative – AEGEE as a network of cities for a change.

Our workshop started with organizers saying some statements and we went to left or right part of room depending on if we agree or disagree with the statement. The statement was about prime minister taking measures for these

Then we were split do four different groups and we were asked to discuss different situations, which are often used in populists’ campings.

This first part of EPM was closed by Closing Discussion. Then we moved to “practical” part of EPM. Its goal was to create plans for AEGEE antennas for next year. There are four Focus Areas actual now: Equal Rights, Youth Development, European Citizenship and Civic Education. I was part of the Youth Development group. Every group created a set of SMART goal and then proposed methods how to achieve them. I decided not to describe the outcomes in greater details because antenna members will get all necessary information about it during the year.

The event was closed by a Close Plenary session and then by European Night.

EPM was the really interesting event. At the end, I would like to highlight the management of the event. They provided us showers with an endless supply of warm water, amazing food, and great parties. The organizers made a great job and I thank you very much for it.