As I promised in my article about EPM 2017, I am writing a post about our city tour. I am adding some photographs of the city.

Our tour started near main train station. You can see a statue of famous Croatian king Tomislav on the photo (by the way, Tomislav was also a name of our city guide). It is not a coincidence that he rides on the horse – you can find plenty of statues of other famous historical characters of Croatia. And a lot of them ride on horses. In the background, you can see Art Pavilion (Umjetnički paviljon). 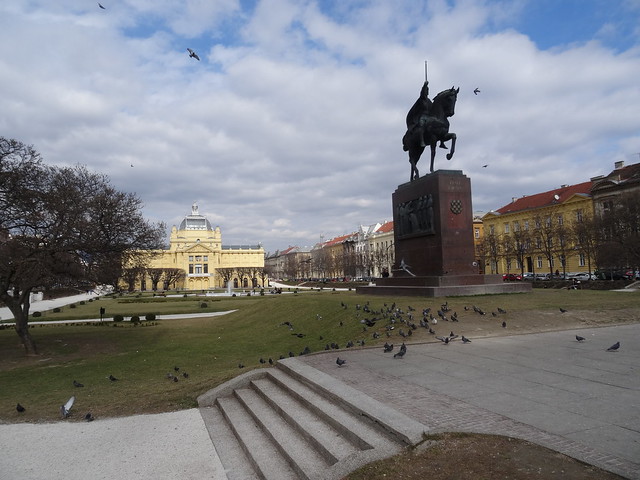 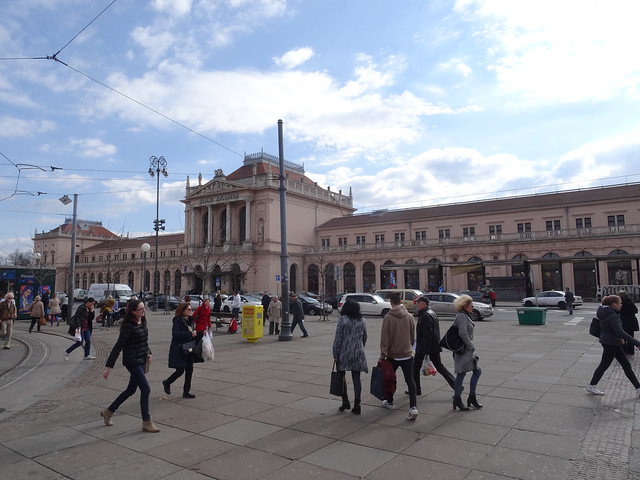 This is luxury five-stars Esplanade Zagreb Hotel. I was built to provide accommodation for passengers of the Orient Express. 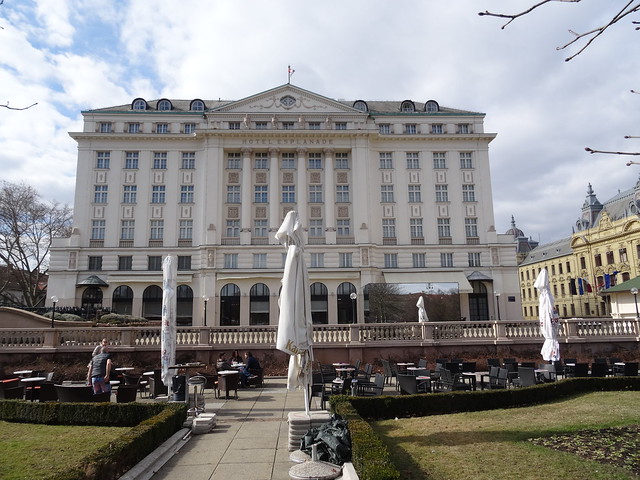 Zagreb has plenty of parks. This is Park Zrinjevac, one of the most beautiful ones. The trees are really amazing and it must be event more beautiful in summer. 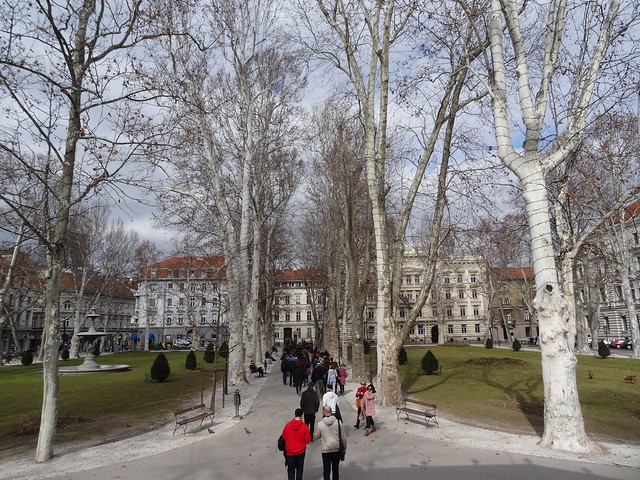 This statue is on the main square. It is a statue of Josip Jelačić. And of course, he is on the horse. 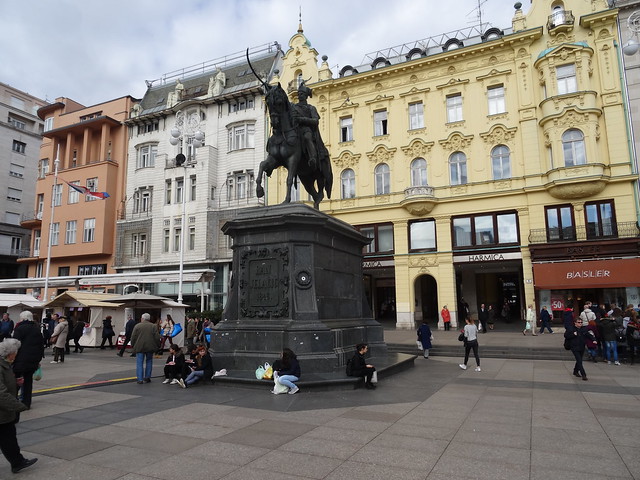 If you go from the main square to Zagreb Cathedral, you will see this beautiful model of the city. 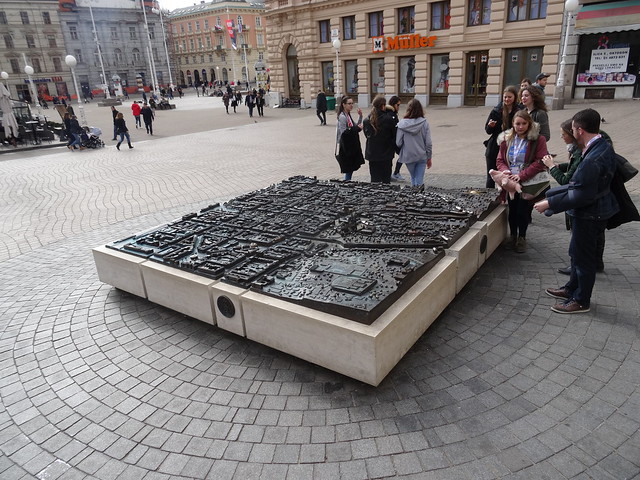 And this is the Zagreb Cathedral. The cathedral was heavily damaged by an earthquake and its reconstruction was managed by famous architect Hermann Bollé. He worked on several other famous building in Zagreb. 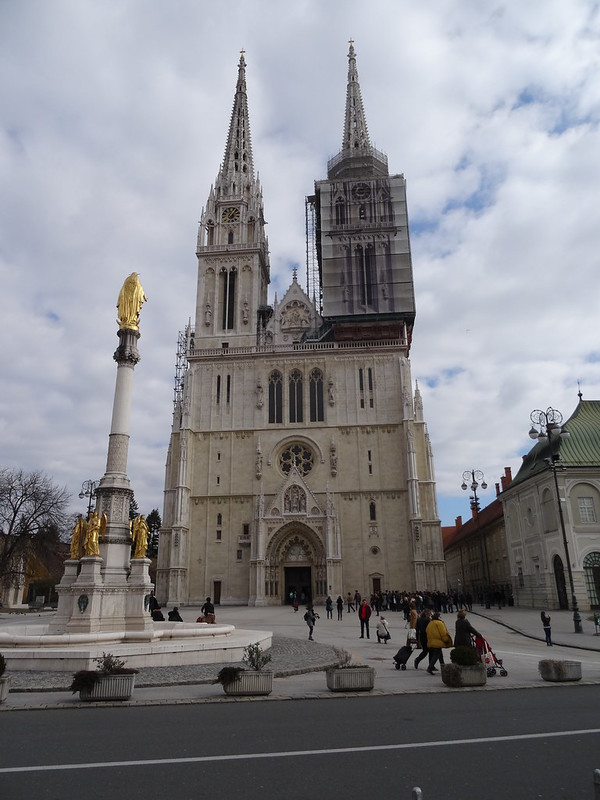 This is how the cathedral looks like from inside. 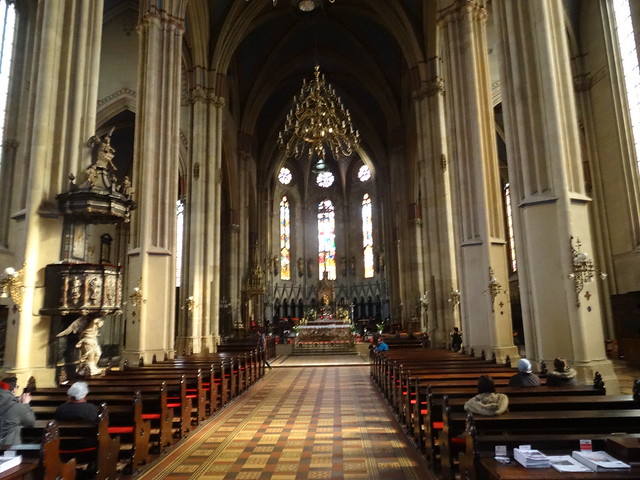 Zagreb gas lamps have numbers and each evening a worker goes to light them in order given by these numbers. 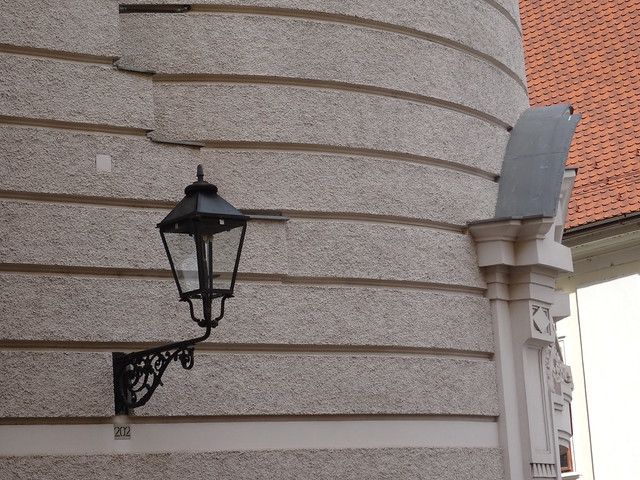 This church is very well known for its roof. It is St. Mark’s Church and it is just between Croatian parliament and Croatian government seat. The square is named after the church – St. Mark’s Square. You can see a coat of arms of Zagreb (with the red background instead of today’s official blue) on the right side. The left side contains motives of Kingdom Croatia, Slavonia, and Dalmatia. 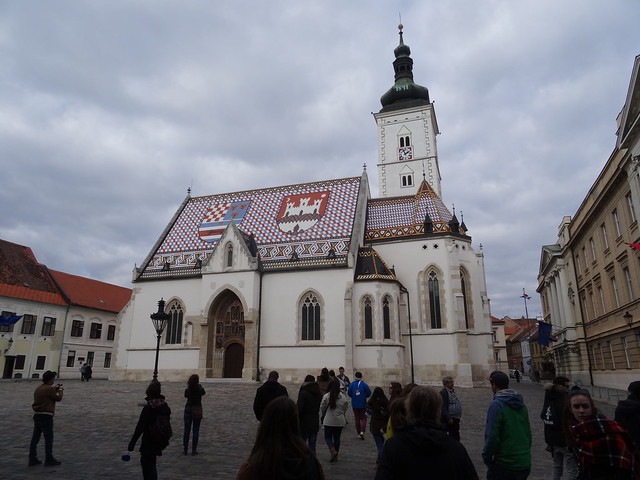 This is Croatian National Theatre. Again, it was built on the edge of the city. The growth of Zagreb in recent history is really impressive. 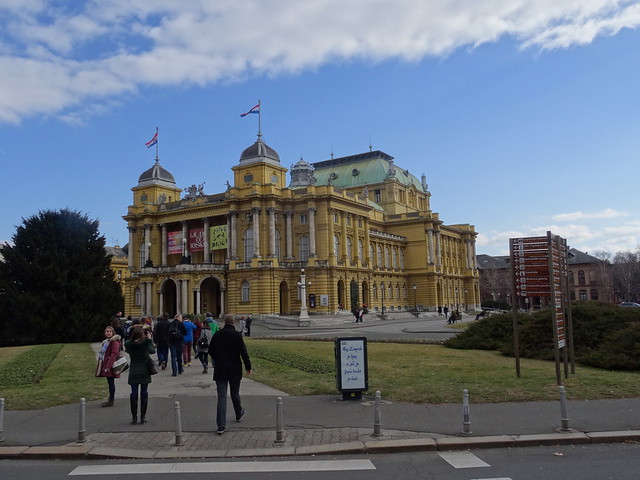 Because I had some free time before my flight on Monday, I went to to the city center again. I went on a tower Kula Lotrščak which we did not have time to attend during the city tour. This tower has a cannon and it fires every day at noon. There is a legend that during the Turkish siege of Zagreb they had installed a cannon on the tower. Then they tried to fire and they hit Turkish’s leader tent just when he was eating. He was very impressed by an accuracy of Croatian soldiers and he withdrew.

Here you can see two panorama photos taken from the tower.

Zagreb has very interesting signs with streets’ names. You can see there not only the streets’ names, but also some facts about the persons who are the streets named after. So you can learn history by during a walk in Zagreb. 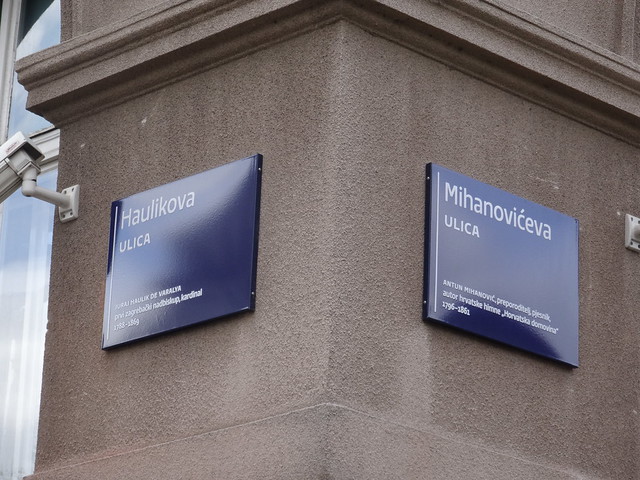 Zagreb also has a very original museum – it is called Museum of Broken Relationships. You can find plenty of love stories there. Each story has a thing which was important for the described relationship. 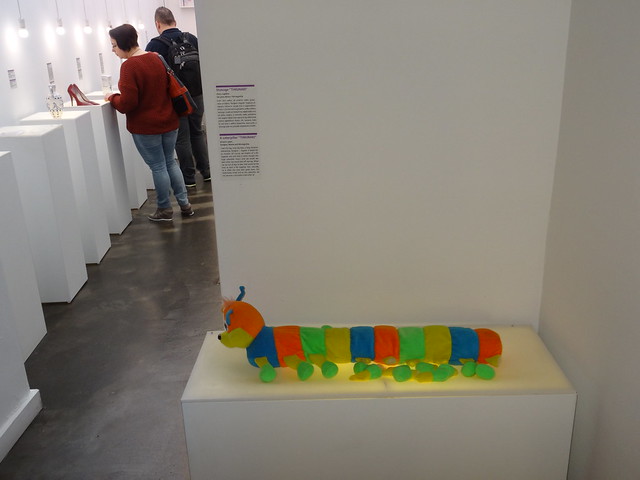 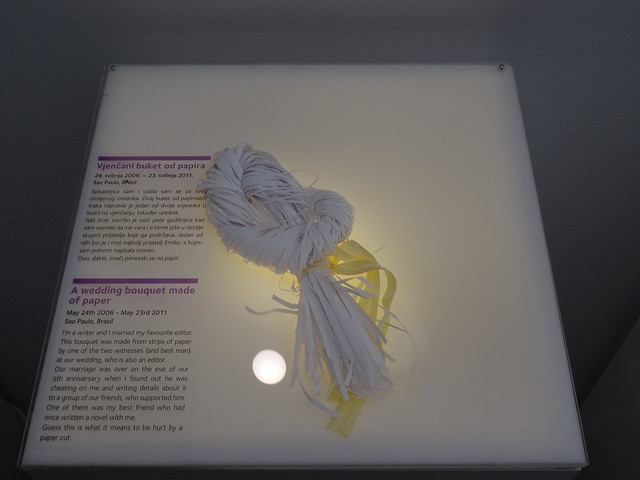 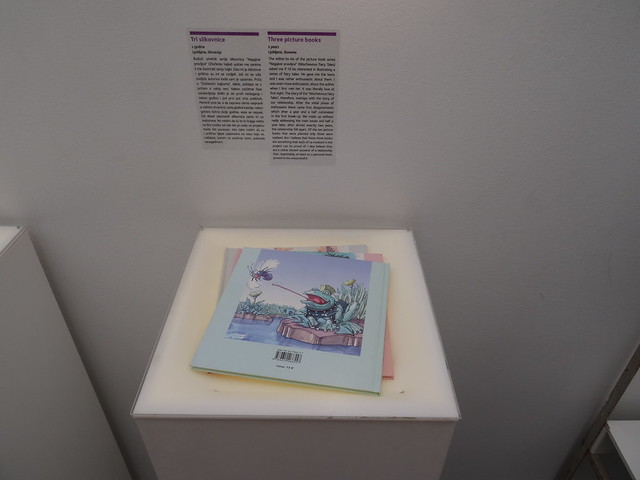 You can find more photos in my Flick album.

[…] The event started with a city tour in Zagreb. I will write another article about it and I will add photos from the city tour there too. (EDIT: The article is here.) […]